On Saturday we took part in Roots of a Scene. It was a skateboarding event bringing together Shred the North, us and the team involved in the ‘You Can’t Move History. You Can Secure The future: Engaging youth in cultural heritage’ research project.

The aim was to give skaters the opportunity to describe their local skate scenes in an attempt to explore the roots, heritage and folklore of the NE scenes. The ‘You can’t move history’ team screened a film about the Long Live South Bank story.

Dave from Shred the North collected some amazing photos from the last 30+ years of skateboarders doing their thing around the North East. Even better, many of the people featured in the photos came along to share their memories of the scene back in the day… and even wanted their picture taken with them! (below) 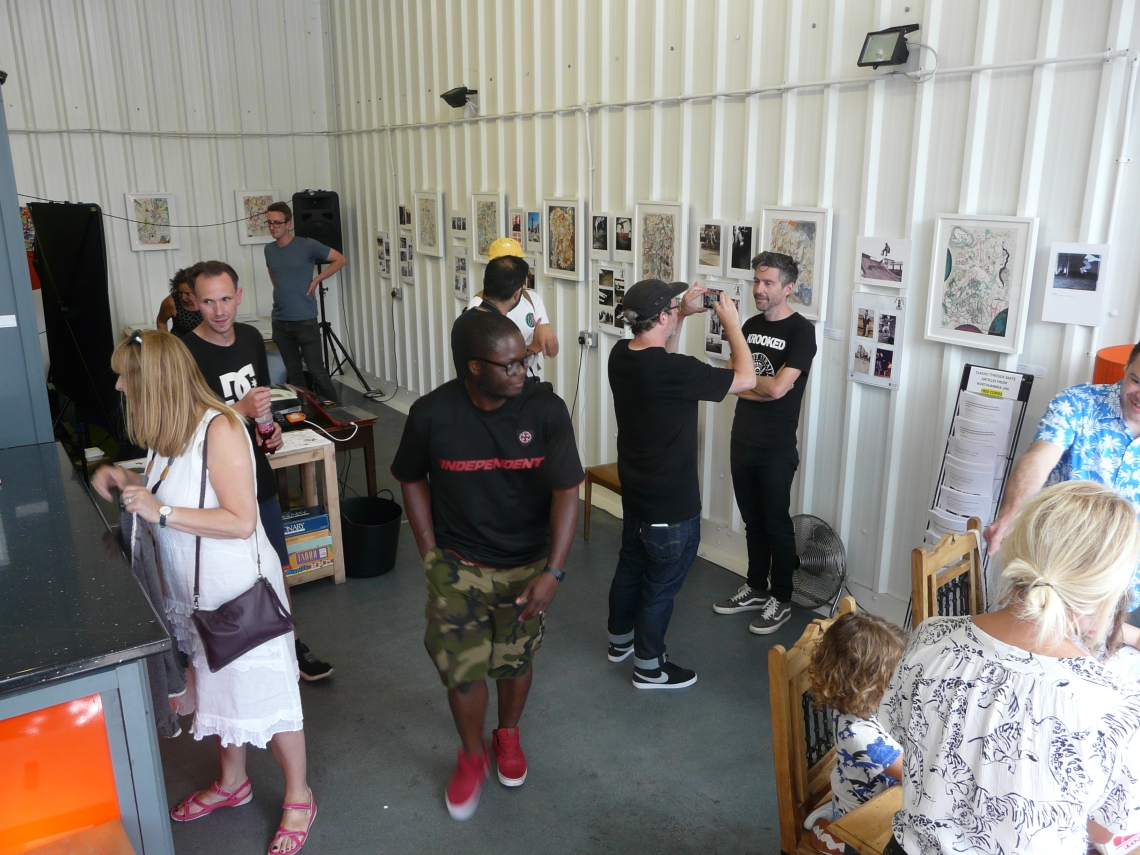 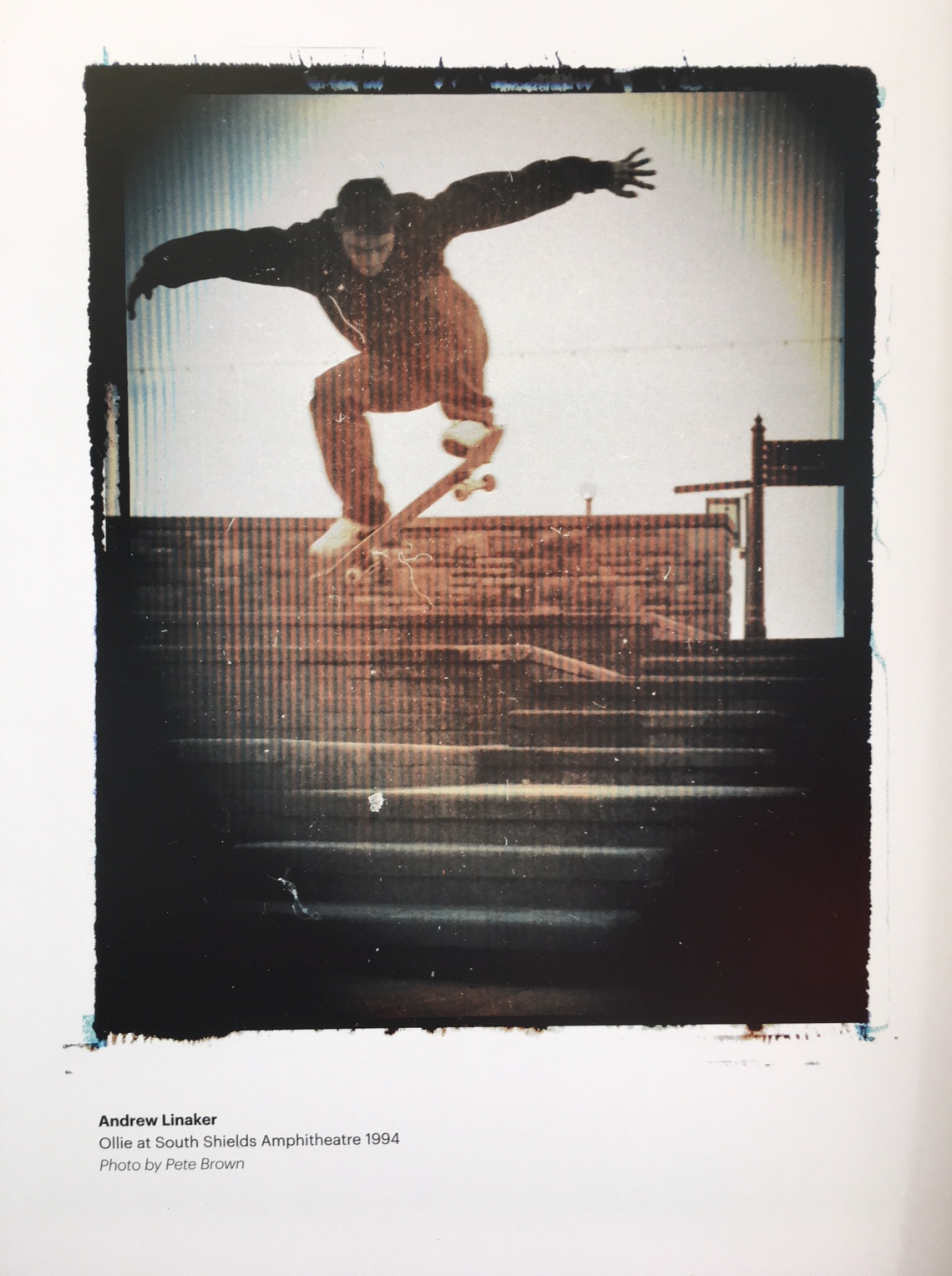 We took along some mapping exercises and these prompted discussions about legendary spots, myths and folklore. A lot has changed in the scene but even the older members who don’t skate as much as they used to, still see themselves as skaters.

Pam kept everyone fed with excellent bagels and cake, and the drinks flowed into the night. The second screening of the film led to a fascinating discussion about skateboarding and activism between the Long Live South Bank team and local skaters.

The evening wound down with the sun setting as discussion spilled out into the street. Many thanks to those who came along, for Pam at Arch 16 for hosting and for England winning their quarter final which gave a positive vibe to the evening events! 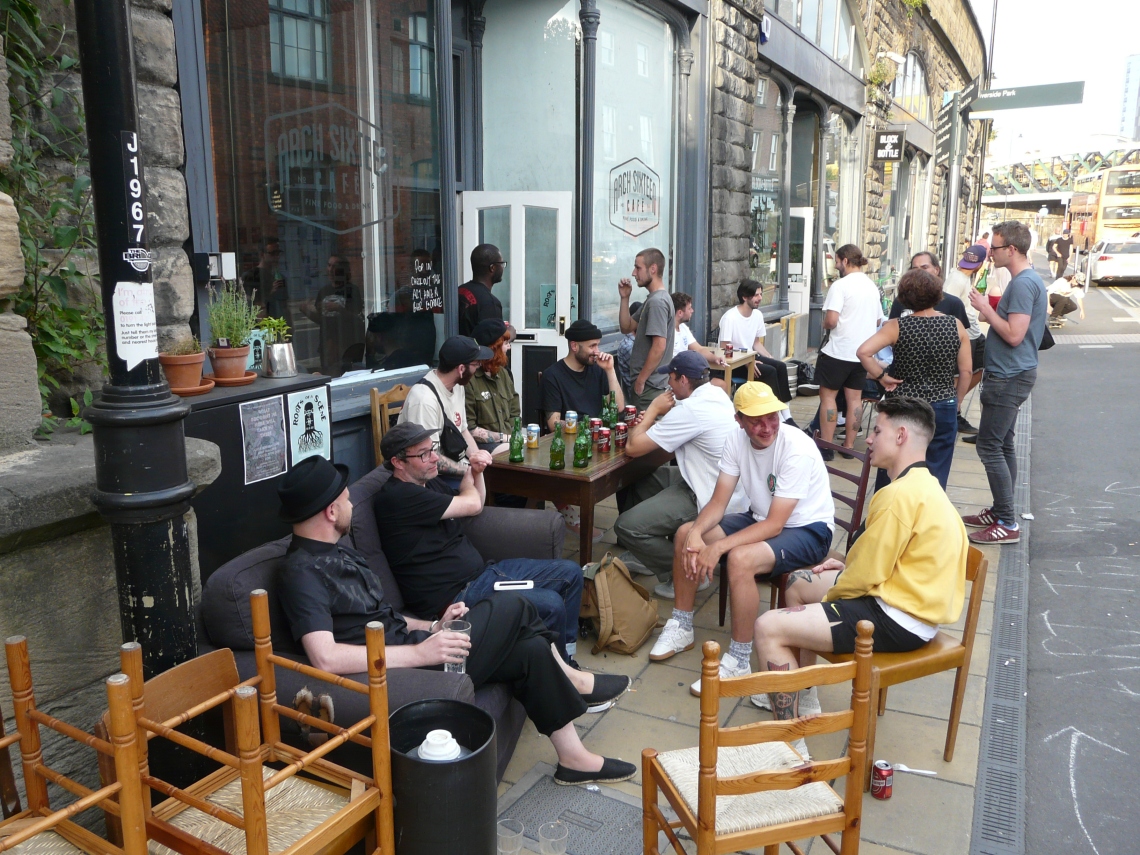 View all posts by accidentalyouthclub